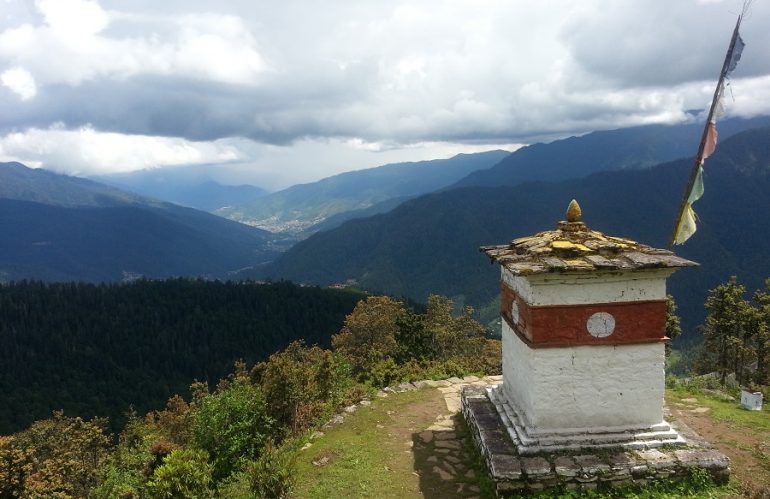 The World Bank’s in its Investment Climate Assessment on Bhutan in 2010 has assessed Bhutan as being in a more favourable position than other South Asian countries. The investment climate in Bhutan is characterized by good progress in human development, good governance, stable political and very low-corruption environment and good labour productivity. Also the education level of Bhutan’s workforce is significantly better than regional standards. Investment in Bhutan is also advantageous with the most competitive electricity prices in Asia. Additionally, the free trade agreement with India gives Bhutan a preferential access to the large Indian market and easy access to skilled and unskilled labour from India.

Regulatory incentives include (but are not limited to):

The Royal Monetary Authority (RMA) manages the monetary policy of the country. Bhutan follows fixed exchange rate system with Ngultrum pegged at par to the Indian Rupee in a conventional peg arrangement. The monetary policy operations are conducted through prudential controls and reserve to regulate credit expansion and its impact on Bhutan’s external position, price levels, and the health of the financial system. The RMA undertakes macro-prudential measures to deal with over exposure of the financial institutions to credit in concentrated sectors, including that of housing and personal loans.

Investors have access to both debt and equity financing from financial institutions in the country. Such financing is available to both domestic and foreign partners. In terms of access to convertible currency, domestic investors have access to foreign exchange in cases where foreign investor’s equity in the project is insufficient to meet the total requirement. Businesses are also allowed to borrow from abroad as per the External Commercial Borrowing provisions.

Investors can have options of following local banks in general financing options;

In 1995, due to a rapidly growing economy, the Government of Bhutan converted the Unit Trust of Bhutan, a financial institution tasked with promoting public savings and productive sectoral investment, into the commercial bank, Bhutan National Bank.

During the first year of operations, DPNBL managed to mobilize a strong +20000 customer base in Bhutan with total business crossing over Nu.5, 000,000,000. The total paid-up Capital of the bank is Nu.300 million, and as of the end of 2011, the capital fund total amounted to Nu. 504,420,000. Druk PNB currently has a base interest rate of 12.70%. The interest rates for loans related to tourism, manufacturing and industrial activity, is currently at 13%.

Tashi Bank is the newest private sector bank licensed by the Royal Monetary Authority of Bhutan under the Financial Institutions Act of Bhutan, 1992. It was established on March 12, 2010 and incorporated under the Companies Act of the Kingdom of Bhutan 2000. The Bank has been promoted by the eminent businessmen of Bhutan to foster competition which translates into enhanced personalized customer service and increased domestic savings and investments.

Note: Lease rate for sports facilities and recreational parks shall be a token fee of Nu. 0.10 per sq. ft per annum.

R – Residential (shall include areas given for accommodation of construction workers and store for building construction).

The period for leasing of government land shall be as follows:

The lease rate for mining activities is Nu. 640.00 per acre per annum. Types of minerals found in different locations are provided in the table below;

Employee incomes vary according to the position and experience of the employee as elsewhere in the world. The country’s Minimum National Wage Rate (MNWR) is Nu. 150 per day. In addition, a monthly minimum 10% of the basic pay contribution must be made towards employee’s Pension and Provident Fund (5% by the employer and 5% by the employee).

The Royal Government views public resource expenditures on education at all levels as vital investments to creating a productive national workforce and in advancing various other socio-economic objectives. The country’s 10th Five Year Plan laid a special emphasis on sustaining universal basic education including making education more relevant to the workplace to develop well-trained citizens. The number of bachelor degree graduates in 2012 increased by 36.5% from 1659 graduates in 2011[3], the largest increase so far. With the World Bank also reporting good labour productivity and workforce’s education level significantly better than the regional standard, Bhutan has talented pool of graduates that businesses can choose its workforce from.

The investors also have incentive in government’s vision of developing Bhutan into an international education hub in South-East Asia. The Education City project is being developed (a PPP project between the Government of Bhutan and two leading private players, Infrastructure leasing and Financial Services Ltd (ILFS) and Infinity Infotech Parks Ltd. from India), revolving around multiple world-class education institutes providing students with professional programs at a common campus. Expected to be completed by end of 2013 with a capacity of 40,000 students, the city will produce high quality skilled work force.

Drukair is the national airline, owned and managed by Druk Holding and Investments. It operates flights to Singapore, Bangkok, Kolkata, Bagdogra, Delhi, Bodhgaya, Kathmandu and Dhaka from its Head Quarters at Paro, a picturesque Valley in Western Bhutan. The capital, Thimphu is 45 minutes drive away. Bhutan inaugurated its first Domestic flight to Bumthang and Yonphula on 17 December 2011. This cuts down 2-3 days of Journey from western to Eastern part of Bhutan.

Technical studies on the alignment of the first every rail link between Bhutan and India connecting Phuntsholing (Bhutan) and Hashimara (India), called the Golden Jubilee Rail Line, has started. Also, feasibility study for railway lines in other three border towns has been earmarked in the 10th FY plan.

The following map shows the road network in the country and to the nearest India towns. The bordering Indian towns are the main trade links for Bhutan.

Countries in Charge Band I